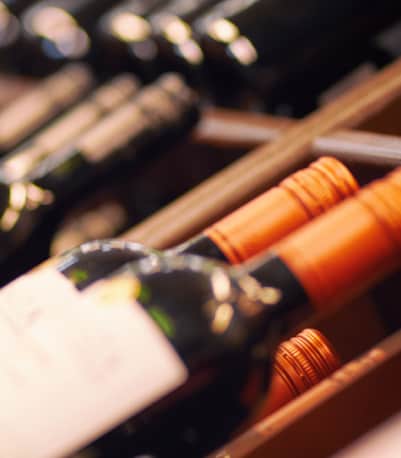 If a wine show sounds like your idea of heaven, you're not alone. But what is a wine show? Is it really just a bunch of wine snobs sitting around drinking wine and getting sloshed? Or is there more to it than that?

In Australia alone, there are over 100 wine shows. And if you're a judge, it's not as glamorous as you'd think. It's often a long, gruelling task requiring you to taste (but not drink!) hundreds of wines in a blind tasting.

So what does 'blind' mean?

No, the judges don't wear blindfolds! 'Blind' means they know only the basics about the wine they're tasting, nothing specific. They might know things like the varietal, and the vintage, but they'll never know the brand or winemaker. They don't even see the wine bottle! All samples are poured into identical glasses in a separate room, then brought to the judges' table.

Who can be a judge?

Judging panels are made of up a diverse group of wine experts from all walks of life. They could be sommeliers, winemakers, educators, retailers… the only requirements? That they're passionate about wine and are exposed to it on a daily basis. This diversity allows different perspectives to be brought to the table. For example, a winemaker might look at a wine's technical aspects, whereas a sommelier or restaurateur might evaluate a wine on who well it goes with food.

How are the wines judged?

The wines are generally tasted in 'flights' of about 10 wines of the same type. The judges must be silent while they're tasting, so they don't influence each other.

Each wine is judged on its own merits—colour, clarity, aroma, bouquet, taste, aftertaste, and overall quality—rather than as part of a ranking.  In other words, 10 wines will not be ranked 1 to 10, but rather recommended for medals on their own. In a particular flight, there are no predetermined numbers or percentages of medals. Normally, sparkling wines and white wines are tasted first, followed by rosé and red, and finally dessert wines. Palate cleansers are usually provided, and can include lots of water (still or sparkling), unsalted crackers or French bread, mild cheese, rare roast beef (for red wines), and olives.

How does scoring work?

Wines are usually marked out of 20 or 100, and the number of points they get corresponds with which medal the wine receives (see a previous article about medals and point scoring here).

Don't the judges get drunk?

Hopefully not! The judges don't swallow the samples of wine they're tasting, they spit them into a container. "During my 25 years of judging, I have only encountered a handful of judges who don't spit, and they don't last long," says Jim Trezise of New York Wine & Grape Foundation. "They fall asleep at the table, start slurring their words and are dismissed, but in any case are never invited back."

And what's up with teeth brushing?

Wine is very acidic, and after a whole day of swilling it around in your mouth, the enamel on your teeth is going to be soft and weak. As a judge, after a long day of tasting, the first thing you might want to do is give them a good brush to get rid of the red wine stains, right? But you'd probably do further damage to the enamel and your teeth. That's why judges usually put some toothpaste on their finger and rub it all around or (probably more popular) have a beer!

The top of the top!

The Jimmy Watson Memorial Trophy is the most prestigious and sought-after wine award in this country. The award was established after Jimmy Watson died in 1962. Jim was, and still is, a Melbourne icon. He established the Jimmy Watson's Wine Bar in 1935 on the famous Lygon Street, and was pivotal in transforming the drinking scene in Melbourne at the time. "See you at Jimmy Watson's" is still a very common saying in and around the city.

After Jim's sudden death in 1962, a group of friends and customers decided to establish the perpetual Jimmy Watson Trophy to be awarded at the Royal Melbourne Wine Awards for the Best Young Red Wine of Show.

But, as we explain in our medals and scoring article here, wine show results aren't the be all and end all. Some of the best wine from top producers aren't entered into shows at all! What matters is that you know what YOU like so you can continue to enjoy (and discover) delicious wines.

We've got quite a few major wine show winners on our shelves, like Taylor's, Tyrell's, RedHeads, Best's, Kilikanoon and more. Check them out for yourself!